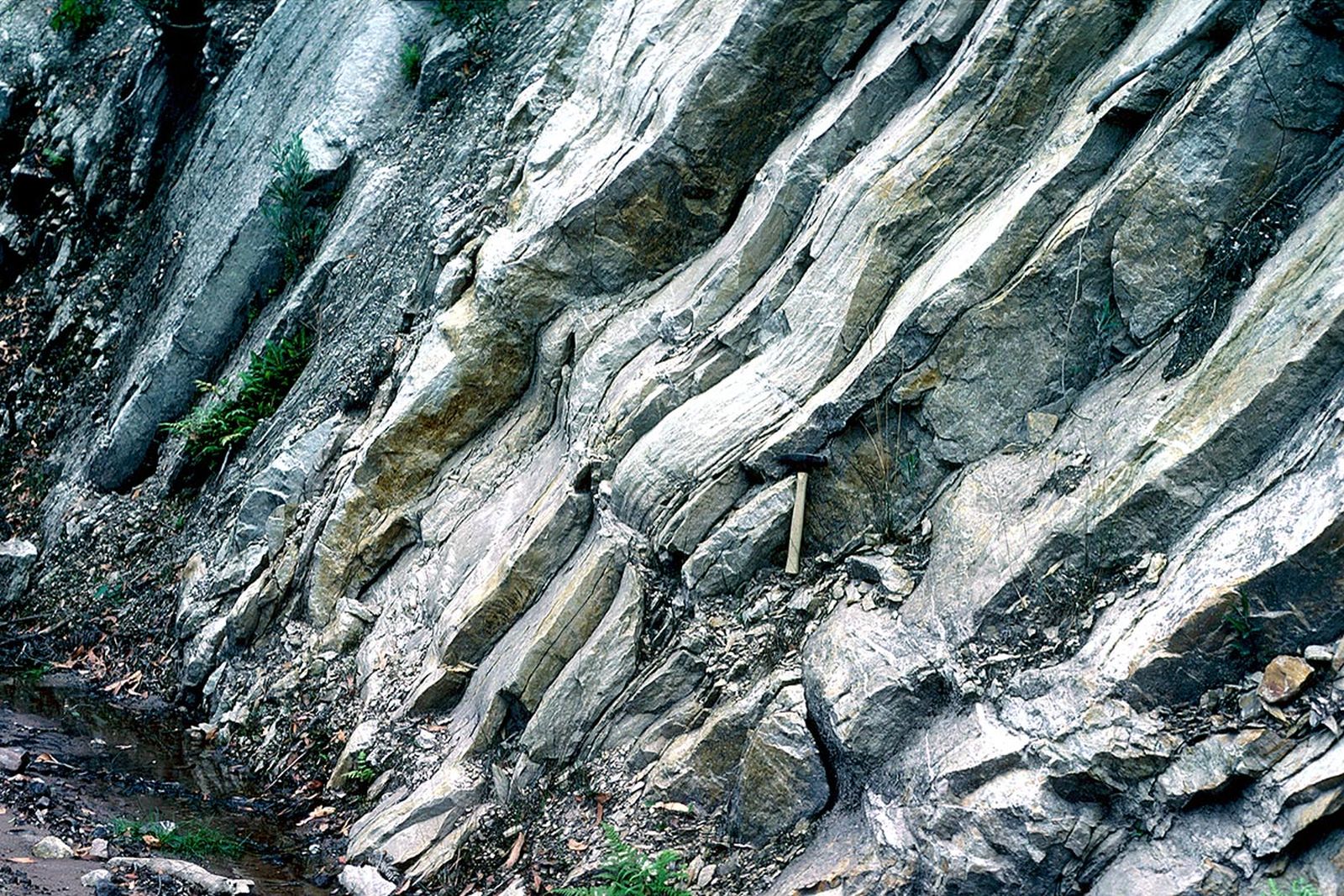 Data obtained by the Tiers airborne magnetic and radiometric survey in February-April 2021 have now been finalised and are available for download via the MRT and Geoscience Australia (http://www.ga.gov.au/) websites.

Due to the highly variable topography the survey was flown with a combination of fixed wing and helicopter platforms, on 200 metre-spaced east-west flight lines at a nominal terrain clearance of 80 metres. The project was a collaboration between MRT and GA, with both organisations contributing funding and GA overseeing contractors MagSpec.

As the figures show, both the magnetic and radiometric data sets are very feature-rich, revealing a great deal about both surface geology and deeper features. Among the most striking contrasts in the radiometric image is between relatively high thorium and uranium (cyan) associated with Cenozoic sediments of the Longford Basin in the centre, against the more subdued but potassium-dominated (reddish) signal of Jurassic dolerite mainly to the east and west. The dolerites together with Cenozoic basalts are responsible for much (though notably not all) of the highly magnetic character visible.

The radiometric data have been processed to regular grids of equivalent radioelement concentration via the full 3D inversion (including topographic correction) method developed by Brian Minty and Ross Brodie (2015). With vertical relief well in excess of 1 km across the survey area, this has resulted in significant improvements. More details will be in the upcoming edition of the Australian Society of Exploration Geophysicists’ Preview magazine.