After a years' break for COVID, Gemboree 2021 finally happened in Hobart and appeared to be successful.

While the attendance was unknown at the time of writing, the Jemboree was lacking most of the interstate people who usually follow these events around the country. Even so, numbers seemed akin to the regular Hobart Gem and Mineral show. There was an abundance of wonderful gems, minerals and fossils available for purchase and lots of showcases on exhibit.

MRT helped with many events including organising several public talks on geotourism, gems and minerals, plus some excursions (Cygnet, Lune River and Bridgewater) and our usual stall selling books, informative guides, maps and fossicking licences. A demonstration of microphotography of minerals was most interesting. Many thanks to everybody who helped, whether at the front desk, on the MST/MRT stall, or behind the scenes. 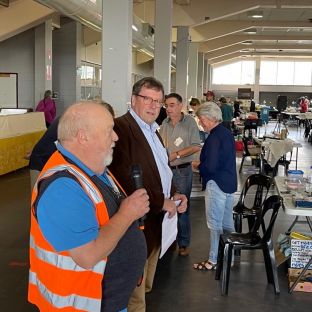 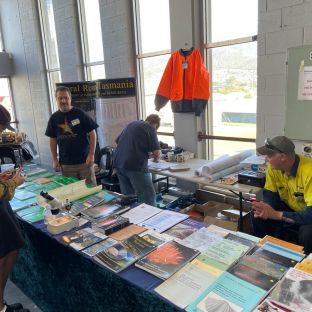 The MRT/MST stall being managed by Michael and Marnie Pope, and Ross King. Photo: R Bottrill. 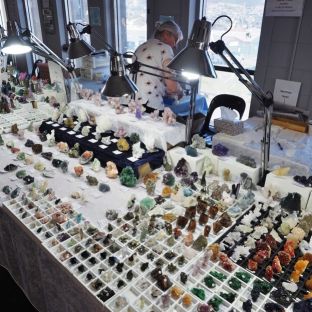 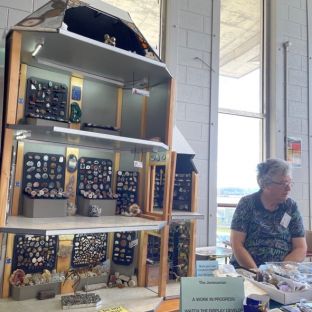 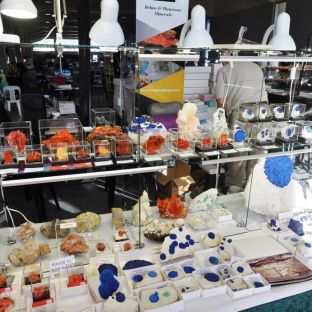 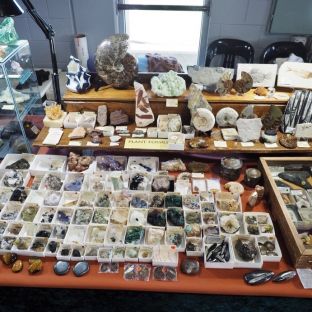 Matt Houston at the Bridgewater quarry trip held as part of the Gemboree Photo: M Pope. 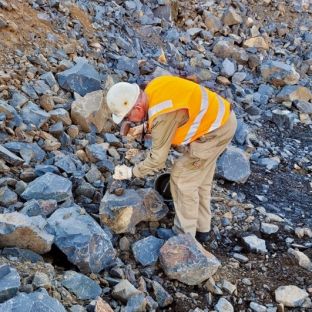 Fred Kapteina at the Bridgewater quarry trip held as part of the Gemboree Photo: M Pope. 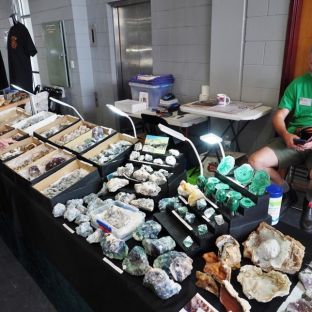 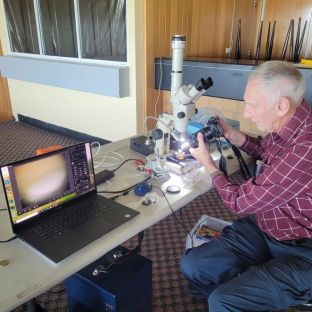